From December 14th to December 19th, North American Table Tennis will be supporting USATT in hosting the the 2015 US National Championships. Participants have over 90 options of events to enter and win! The tournament will take place at the Las Vegas Convention Center which will be open starting Sunday at 3PM for practice. Among the 90+ events are the 2016 National Junior and Cadet Team Trials and all the juniors and cadets will be competing hard to earn their spots for this coming year’s team.

As the host hotel partner, The LINQ offers a great deal if you book your stay in the USATT room block so be sure to check out more details at teamusa.org/usa-table-tennis.

The US National Championship Finals will be held at a special venue on Saturday just like the US Open Finals took place at OMNIA Nightclub over the summer. The 2016 US Men and Women’s National Team Trials will also be held at the Las Vegas Convention Center, but on December 20th-21st , so be sure to stick around to see the results of those events as well.

JOOLA will be sponsoring all events by providing 120-130 JOOLA 3000 SC table tennis tables for competition as well as the JOOLA Super P 3-Star White as the official tournament ball. Be sure to swing by the JOOLA Sales Booth during the tournament to receive special holiday deals! 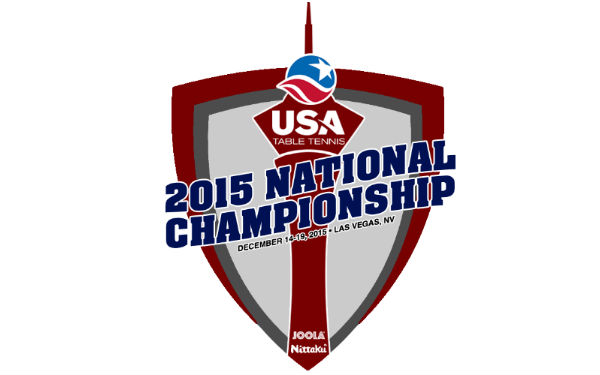