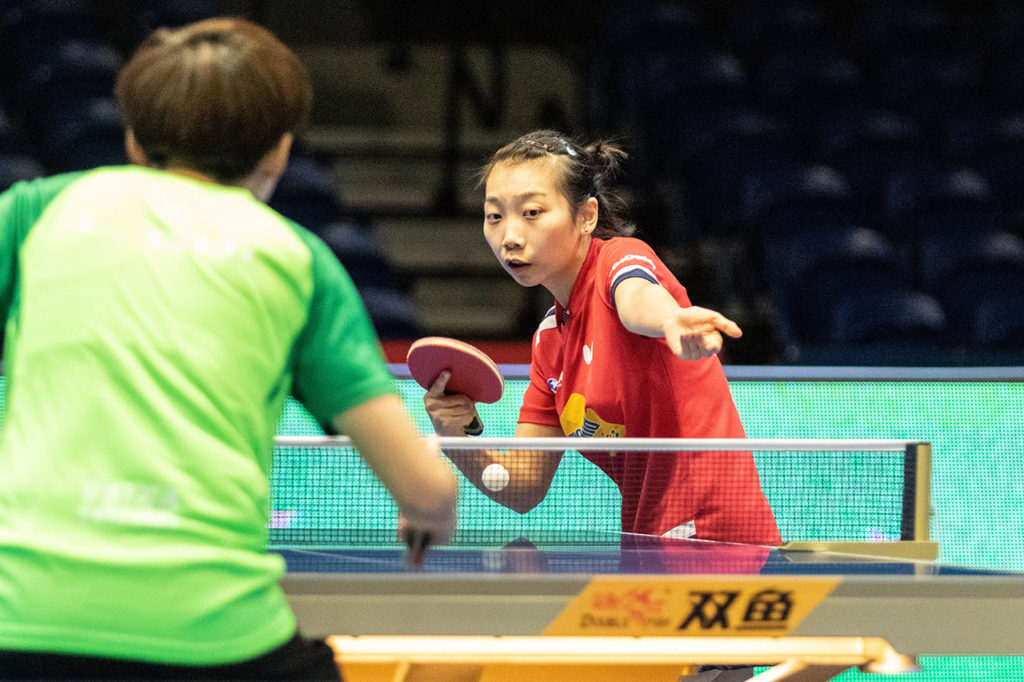 A Dramatic Conclusion to the 2019 Pan American Cup

The Universal 2019 Pan American Cup held in Guaynabo, Puerto Rico recently came to a conclusion on the evening of Sunday 3rd February. Over all three days of the competition, the Coliseo Mario “Quijote” Morale stadium was filled to the brim with passionate fans – the excitement in the air was palpable.

In the Women’s Singles event, the host nation’s superstar and second seed, Adriana Diaz, emerged triumphant against the top seed, Mo Zhang of Canada, in five extremely close and intense games (13-11, 11-8, 6-11, 11-9, 11-9), grabbing the coveted title as well as a confirmed spot in the ITTF Women’s World Cup to be held in Chengdu, China.

The final could not have been more dramatic. Amongst an absolutely buzzing and electric atmosphere, Diaz and Zhang thrilled the crowd with long and breathtaking rallies. The very last point of the match featured yet another incredible rally that concluded with Diaz punching a deadly backhand down the line to the forehand. In a desperate attempt, Zhang lunged towards her forehand but was unable to even touch the ball and Diaz sank to her knees in pure emotion. The crowd exploded in elation and it was clear that in that very moment, the 18-year-old Puerto Rican arose as a hero for her nation.

Other notable matches in the Women’s Singles event included Yue Wu of the United States securing the bronze medal match against Bruna Takahashi of Brazil in six games (11-8, 6-11, 9-11, 11-5, 11-6, 12-10). Yue redeemed her three to zero loss against Takahashi just last November at the 2018 Pan American Championships in Santiago, Chile.

In the Men’s Singles event, the top seed from Brazil, Hugo Calderano, put on a strong display against the third seed, Kanak Jha of the United States, retaining his men’s title from Asuncion, Paraguay.

Calderano convincingly won in five games (11-2, 12-14, 11-3, 11-8, 12-10), demonstrating his sheer dominance and high-level play. However, Jha’s run in the tournament was nothing short of impressive; he performed a miraculous recovery against Alberto Miño of Ecuador after being down three games to one in the quarterfinals and then in the semifinals, he notably defeated the second seed, Gustavo Tsuboi of Brazil. Only 18 years of age, Jha may not have come out on top in this competition, but it’s almost certain that he will see success in many future ITTF Pan American Cups to come.