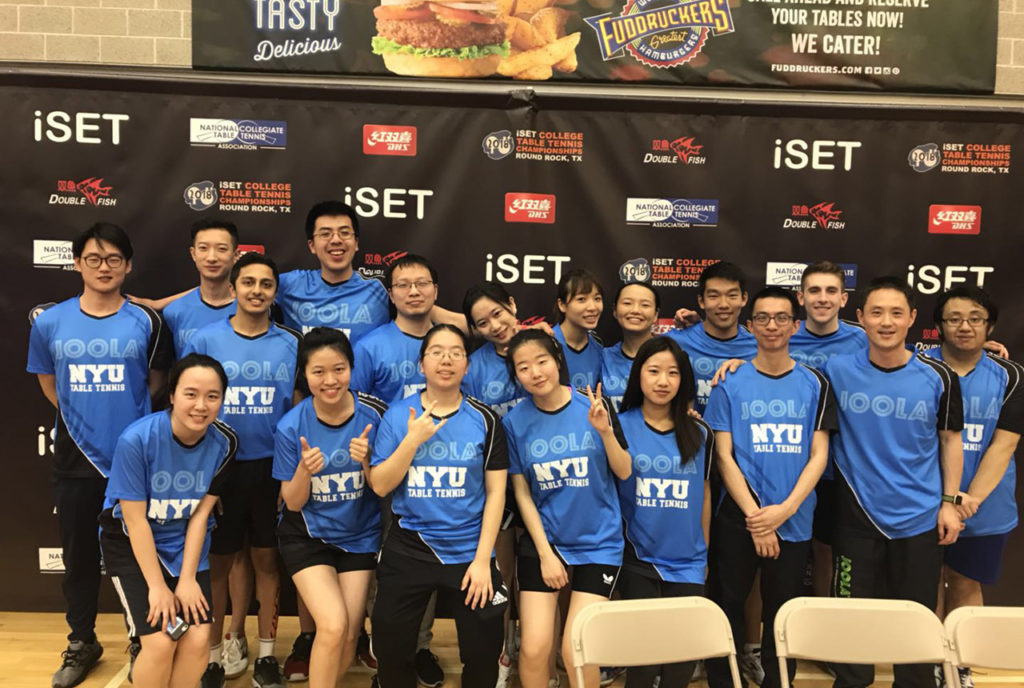 Sticking to What You Love, Even if it Means Late Nights & Long Commutes

I started college at NYU’s Stern School of Business in September of 2017. Thinking back, I actually missed the first day of welcome week because I chose to compete at the monthly table tennis tournament back at my club in Westchester, NY. I came to college knowing that I wanted to keep playing table tennis, but I wasn’t sure to what degree I could maintain it. Since I lived on campus in New York City, the commutes back to Westchester for practice became much longer. I had to adapt to taking public transportation, often getting lost when I would accidentally get off at the wrong stop. On top of the long commute, there’s still the matter of classes, classwork, and exams.

I think everyone’s goal is to stay active in the sport during college, but it can definitely become overwhelming to practice 5 hours a day, 5 days a week on top of the time spent on school. Luckily for me, things were a little different. My professors were very understanding and let me make up missed schoolwork and exams when I went to tournaments, and I was able to arrange my class schedule around practice times.

During the second week of my first semester, I went to NYU’s student club fair where I signed up for the Table Tennis Club and met my future teammates. I immediately registered for the weekly emails and attended the first practice. It was packed. I realized that I recognized a few faces and was surprised to know that they too attended NYU. Through the club, I made new friends, became acquainted with the professors in charge, and got to know the team coach. My teammates at NYU are the best teammates you could hope for. Aside from weekly practices, we would go out to eat, spend time together, and we all became genuine friends. I think that was a major factor in us winning the NCTTA Championships last year.

Table Tennis has introduced me to many friends that I would have never met and taken me on adventures that I would have never embarked on if I had even stopped to think about whether or not I could continue with the sport in college. I’m grateful for the change to play table tennis in college because, apart from enjoying every second on the court, I use it as a chance to forget about the stress of the classroom and as an opportunity to take a break from the real world.

Many players deteriorate in their game during college, but I’ve only gotten better since joining NYU’s Table Tennis Club. In 2017, I represented the US at the Pan Am Championships in Colombia. In 2018, I also represented the US in London at the World Team Cup. In the same year, I won the National Team Trials in Los Angeles. I even joined a league team in JOOLA’s ASV Grüwettersbach in Germany and went abroad to practice and compete.

Table tennis brings you so many opportunities – in school, in life, and in friendships. Don’t ruin your academics over it, but if you have a love for the sport, make an effort to stay involved during college, even if you have to put a little more effort into balancing table tennis and school.