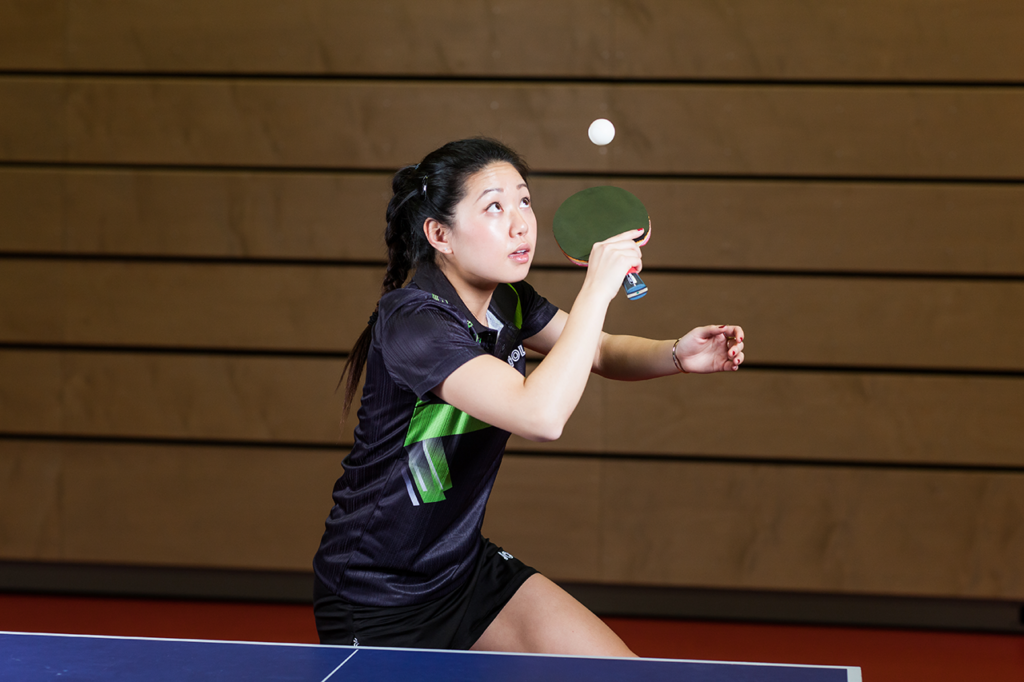 A Brand-New Experience Across the Pacific

One of the most beautiful things about playing a professional sport is getting to travel and experience various cultures and lifestyles all around the world. This month, I was fortunate enough to make my way across the Pacific Ocean for a change, all the way to the exquisite country of Japan. I spent a bit more than 2 weeks there – one week in Iga-shi of the south and the other in Sapporo of the northern island Hokkaido.

My first week consisted of intense training with the Japanese corporate team Exedy. There are roughly 6-8 girls on this team, with another 3 coaches taking turns during the week to supervise training. Because this is a corporate team, the girls work for the company in the morning, from 8am-12pm and then train in the afternoon from 2pm-6pm. It’s always a little daunting to head into any new experience, but I find it usually quite comforting to be able to break the ice and connect with the athletes and coaches with conversation. Since there was a palpable language barrier in this case, I was more nervous than usual beginning my week of training with Exedy.

To my pleasant surprise, communicating with the girls and coaches ended up being some of the most fun I’ve had in a while. The girls were incredibly kind and friendly, constantly making sure that Wu Yue and I were comfortable with our surroundings. Despite my extremely limited knowledge of Japanese, besides knowing how to count and say a few phrases, and their broken English, we were able to get across our meaning with dramatic hand gestures and body movements. It ended up being a constant game of charades, frequently ending with smiles and laughs if we couldn’t guess correctly.

While the social aspect was light-hearted and entertaining, the actual training was the opposite. The girls got right down to business as soon as practice begun. To sum up their daily training schedule, they basically divide their training session into four different parts. We play 2-3 drills each in one part and then take around a 15-minute break in between each part. The first two parts are usually focused more on footwork and technique drills, while the last two parts lean more into strategy and game play. Ever since I picked up the sport, I’ve played two sessions per day, with each session being around 2 hours and a much longer break reserved for lunch and a nap in between. This one long 4 hour session per day schedule was new to me and I was worried that I would burn out before the end of it.

The first two days did prove extremely difficult for me, as I was still battling jetlag and feeling exhausted, particularly during the last two parts of the training session. However, towards the end of the week, I rather thoroughly enjoyed this training schedule. When I got over my jetlag and became more physically fit, the hours seemed to fly by. I’m also not the biggest morning person, so this schedule allowed for me to get a long night’s rest and left the evening open for a break or work.

Furthermore, I noticed that the Japanese training and playing styles varied from both the U.S. and Europe (where I spent most of my training this year). All parties take practice seriously, but these girls seemed to be on a different level. Every training is organized beforehand down to a tee. Additionally, the Japanese style of playing involves staying much closer to the table and hitting the ball with a much quicker timing than both European and American styles. Their movements are very concise and everything, including the feet, waist, forearm, wrist, moves together like clockwork. The European style, on the other hand, is usually much more relaxed and directs more attention to feeling of the ball. Many European players back away from the table to take advantage of the elongated timing and then use heavy spin to put pressure on the opponent.

Alas, after this fantastic week training with these warm and wonderful people, it was time to head north to Sapporo for the 2019 ITTF World Tour Platinum LION Japan Open. Since it was Platinum status, deemed the highest level of all the ITTF World Tour competitions, I knew the overall standards were going to be insanely high. And I was right. The women’s lineup was jam packed with star studded names – current World Champion, Liu Shiwen, Olympic and World Champion, Ding Ning, reigning Japan Open Champion, Mima Ito, and many, many more.

I was seeded 48th in Women’s Singles so I had a Bye the first preliminary round. The second round I faced Natalia Bajor of Poland. She was ranked slightly lower than me as the 54th seed, but I knew it would be no easy feat. She has been playing quite well in many international tournaments as of late and she is also the reigning Polish Champion, defeating her well-established teammate Natalia Partyka in the finals. Before the match, I made sure to fully prepare by analyzing a few of her matches online. This paid off greatly, as I was able to use my pre-rehearsed tactics to take the first game. Once that was under my belt, I felt a lot more confident and was able to win the match 4:0. I then faced Che Xiaoxi from China in the final preliminary round. She was ranked 78th in the competition, but that was simply a smokescreen due to her lack of participation in international competitions. If China sends someone to represent their country in an ITTF Platinum World Tour, you know they must be good. I ultimately found a few of her matches online and noticed that her forehand was powerful and dangerous, but her backhand didn’t quite match up.

The morning of the match, I knew my game plan and tactics against Che, but something just felt off. I was tired and sluggish and subsequently lost the match 0:4, with the closest game being 8-11. I don’t want to make any excuses for this loss; she is on the Chinese National Team and is an extremely high-level player. This should have been normal. However, I was rather disappointed in my performance because I genuinely felt like I could have done better, even if I wouldn’t be able to come out with a win. The thing that bothered me most was my diet in Sapporo. I naively didn’t bring much cash since I assumed that everywhere in Japan would accept card. Unfortunately for me, the few restaurants in the area where I stayed only accepted cash, so I was confined to meals at Japanese convenience stores, such as 7-eleven or Lawson. Although they are famously known for carrying delicious food, I wasn’t able to find high nutritional items that contain protein, iron, vitamins, and other boosting minerals crucial for athletic performance. Not having the right nutrition can drastically affect performance – I learned that the hard way. However, now I know to be prepared for and seek out a healthy balanced diet, particularly during competition.

Regardless, my experience in Japan was incredibly eye-opening and wonderful. It was fascinating being able to observe the differences in training and playing styles in different areas of the world. I personally recognize that my own style mirrors that of the Japanese style a bit more, with some European flair incorporated in. While not as fast and succinct as the Japanese, I definitely do stand closer to the table and try to hit the ball with a quicker timing. I’m truly grateful to Exedy, as this was a great learning experience for me to practice with their team. Witnessing their pure focus and intensity during training motivates me to also incorporate more concentration and attention to detail in my future trainings.