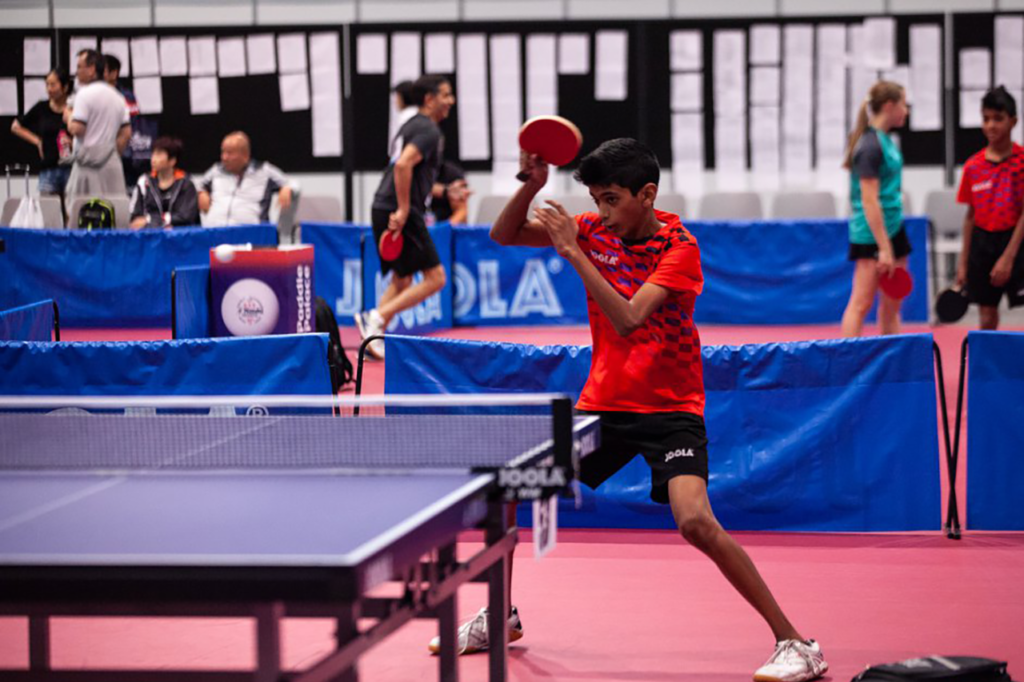 Initial Thoughts: When I first heard that the Energon blade was being released, I immediately started looking into information about it. After discussing with some of my friends in the table tennis community, who also use the Energon blade, I decided that this was the perfect blade for me. Now that I have switched, I cannot imagine using any other blade.

Why I Chose the JOOLA Energon Super PBO-C Blade: I decided to use Energon because I was looking for a blade with carbon which still has good control since I have been pursuing faster and more powerful shots while still wanting to maintain consistency. The Energon blade incorporates all of these features, and I have been able to see clear positive effects on my game after switching to this blade. Additionally, with the new Super PBO-C technology implemented in the Energon blade, there is a larger sweet spot which guarantees an even bounce and reduced error rate. All of these factors motivated me to choose the Energon blade.

The Compositions and Strengths: Like most carbon blades, playing with the Energon blade is effortless and smooth, but

what sets the Energon blade above all other blades is its astonishing mistake-forgiveness. Even if you don’t hit a clean shot, the Energon blade supports you and lands the ball on the table. Another major advantage you will notice with the Energon blade is that it has unbelievable explosiveness and it is very dynamic. Since I play an aggressive game, having the Energon blade has allowed me to gain abundant amounts of power while still being able to control the ball very smoothly. Also, the first layer of wood, a Koto face veneer, is very soft which enables you to have excellent feeling and control. I noticed this the most when I was pushing short on serve returns because that is where control is needed. I was able to control the height of my short pushes and it was highly stable. Beneath the Koto face veneer is the Super PBO-C which is used in Formula 1 cars and aeronautics because of its unique characteristics. The Super PBO-C also is tear resistant and has high elasticity. Underneath the Super PBO-C is a layer of medium-hard, fast Limba veneer which gives the dynamic and explosive shots that contain a lot of power and quality. Once you combine all of these attributes together, you get the perfect blade!

Good Combinations: I am currently using the Energon blade along with Golden Tango, which is hard and plays like Chinese rubbers, on my forehand and Rhyzer Pro 50, a stable yet powerful rubber, on my backhand. I prefer

to use Golden Tango on my forehand because it enhances the amount of power and spin that I can generate due to its tacky surface and hard sponge. While on my backhand, the Rhyzer Pro 50 is an outstanding rubber which has great control and feeling while still maintaining its firmness. This is the ideal setup for an aggressive player who enjoys using a powerful forehand to win points.