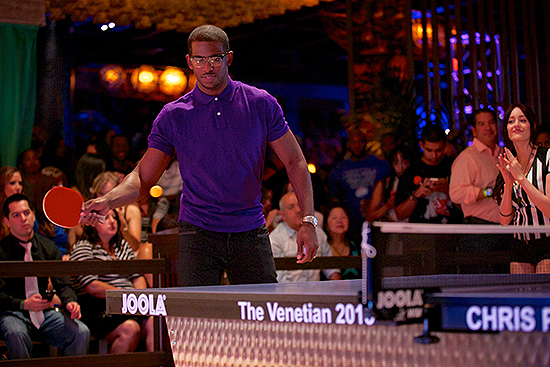 These group of basketball stars dedicated their time for TopSpin Charity’s chief goal, which is to raise money for nonprofits and organizations involved with child education. The organizations that benefited from the tournament was The Chris Paul Foundation, Tao Cares, and the Jump For Joy Foundation. JOOLA and North American Table Tennis also dedicated their time and expertise to specially design show court tables and to run the event. A silent auction of numerous sports memorabilia was also included at the tournament to help raise money for the charities.

Topspin Las Vegas was a huge success, and will certainly be a catalyst for future TopSpin events

Enjoy this great video recap created by The Palazzo / The Venetian!