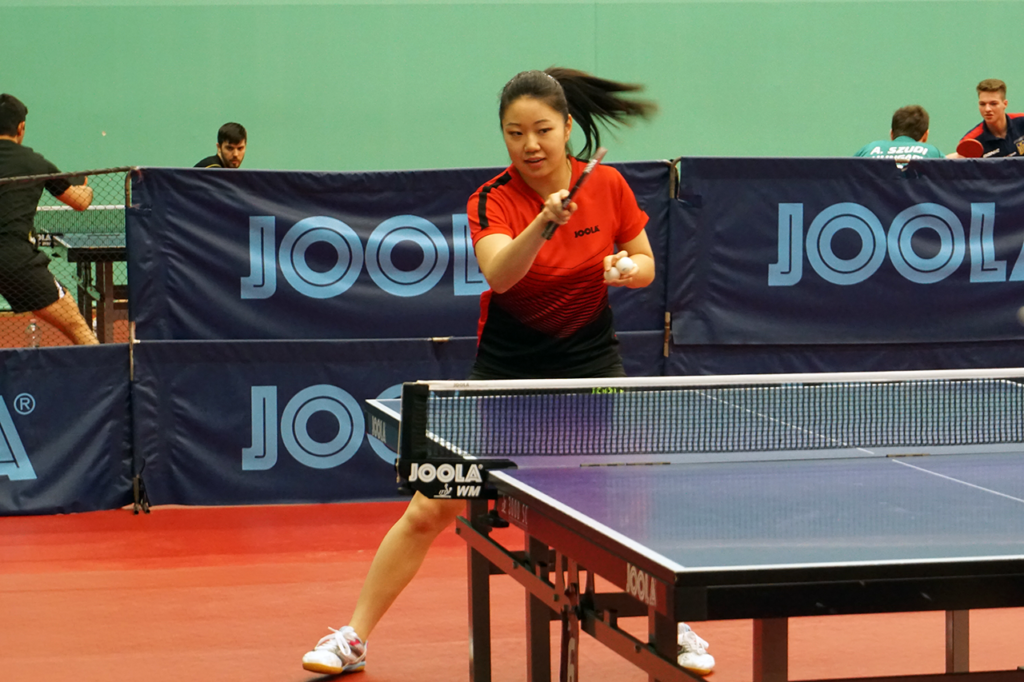 An Unforgettable Experience at the 2019 World Table Tennis Championships

After many months of buzzing anticipation and excitement, the biggest table tennis event of the year has finally come to an end. I began this year with the 2019 World Championships in mind as the ultimate testament to my progress as a professional table tennis player in Europe.

The competition kicked off with the mixed doubles qualification rounds for me. As luck would have it, Nikhil and I faced Fan Zhendong and Ding Ning from China in the very first round. Despite both being ranked #1 in the world in their respective singles categories, this was the first time they paired together in mixed doubles and consequently didn’t have a ranking in the category. We knew it was going to a more than challenging match, but decided to go in guns blazing anyway. In the end, we lost 0:3, but actually had quite a decent chance in the second game. We were leading 8-7 at one point, but our opponents just had that extra edge of experience and won the next 4 points. Not the best start for us, but I was still proud of how we tried our absolute best in the face of such accomplished and well-known stars.

The next match of the competition was the women’s doubles event with my teammate Wu Yue. Last time in Dusseldorf, we made history for the U.S. by reaching the quarterfinals, only one step away from getting a medal. With this result still fresh in our minds, our expectations and goals were set high. Looking at the draw, I was both worried and excited. Our first round was against Ukraine’s Tetyana Bilenko and Ganna Gaponova. They were a defensive style pair and since Wu Yue and I both don’t normally fare too well against choppers in singles, we were concerned that our first round may very well be our last. As the match began, both pairs were feeling out one another’s styles, but we came out on top with an 11-2 win. With the first game under our belt, we gained an immense amount of confidence and continued on to take the second. However, they started making much less unforced errors in the third game. 2:1 now. With some advice from our coach Joerg Bitzigeio, we slowed down much more and practiced patience in the long rallies. This strategy worked perfectly for us, as we took the match 4:1. Pleasantly surprised with the result of this match, we moved on to the Round of 32.

Our second round match was against Dina Meshref and Yousra Helmy from Egypt. Although they are both great players, especially with Dina being ranked #50 in the world, I think that Wu Yue and I gravely underestimated our opponents. Looking back now, we didn’t even really prepare for this match, already thinking ahead that we were most likely going to play Hong Kong in the next round. The match started off a little rocky, with many of our own unforced errors and Egypt taking the first game. We came back to win the next two quite easily and led 2:1. Even now, I’m not quite sure when it happened, but I felt like both of us slightly lost concentration and consequently lost control of the match. In the fifth game, Wu Yue and I were up the entire time, even with two set points, but couldn’t finish it. After this loss, we were somewhat stunned and didn’t know what to do the last game. We started to play blindly. This zero-strategy and reckless play obviously could not suffice at a World Championships and we finally lost the match 4-2. Credit where credit is due to Dina and Yousra –  they played very well together, deserving their win and accomplishment of making the Round of 16. However, it is a lesson that we won’t forget any time soon and we will definitely be more prepared for whomever we play next.

Finally, in the women’s singles event, I was already seeded in the main draw so I didn’t have to play the qualification rounds. I faced Maria Tsaptsinos of England in the first round of the main draw. Already learning from my doubles match with Wu Yue, I made sure to fully prepare for this match. I watched videos of my opponent the night prior and went into the match with a developed strategy in mind. Despite losing out on some long rallies and big lobbing points, I won the match 4:0 pretty comfortably. The next match proved to be much more difficult. I was set to play against Mima Ito of Japan. She is ranked #7 in the world and was seeded #6 in Budapest. Although only 18 years of age, she is truly extraordinary on the court, with an unbelievably fast and hard-to-read backhand. As the match began, I could immediately tell she was on a different wavelength than most other players. First of all, she had a plethora of serves in her bag. Every time I thought I got used to a serve and was more confident in receiving, she would immediately change it up, disrupting my entire game play. In the rallies, she was also exceptionally quick and so precise in her placements. I lost 1:4 and although the game scores were quite close, I still felt like she was in control of the entire match. The one game that I managed to win was partly due to my better receives of her serve and also because I was able to take one step back and slow down the game with more spin. On the table, my World Championships came to end.

Furthermore, the World Championships has always been one of my absolute favorite competitions simply because it is when every single athlete, delegate, and pretty much anyone involved in table tennis culminates in one place at one time. Competition and results are no doubt important and what we strive towards, but part of the reason of why I love and am so passionate about table tennis is because of the people I meet from all over the world. Call me cliché all you want, but the people really make this sport worth it. Everyone comes from a different background and culture; everyone has their own story to share; everyone contributes their own unique ideas to the table. And I think that’s beautiful. I had the best time catching up with friends that I hadn’t seen in years and even just touring around the magnificent city of Budapest.

So yes, I came in with the mindset of using the World Championships to measure my progress of my pro career. While I didn’t reach the goal results I set for myself on paper, I’m far from discouraged. I came away with a real learning experience and a true understanding of what I really need to work on in order to improve my game. In fact, I’m more motivated than ever to try and get in the best shape I can. With the announcement of the U.S. hosting the 2021 World Championships, I want to make my country proud and who knows, perhaps a medal is in sight. Wu Yue and I were one step away in 2017 and after witnessing history at this World Championships, I am hopeful that we too, can make it.