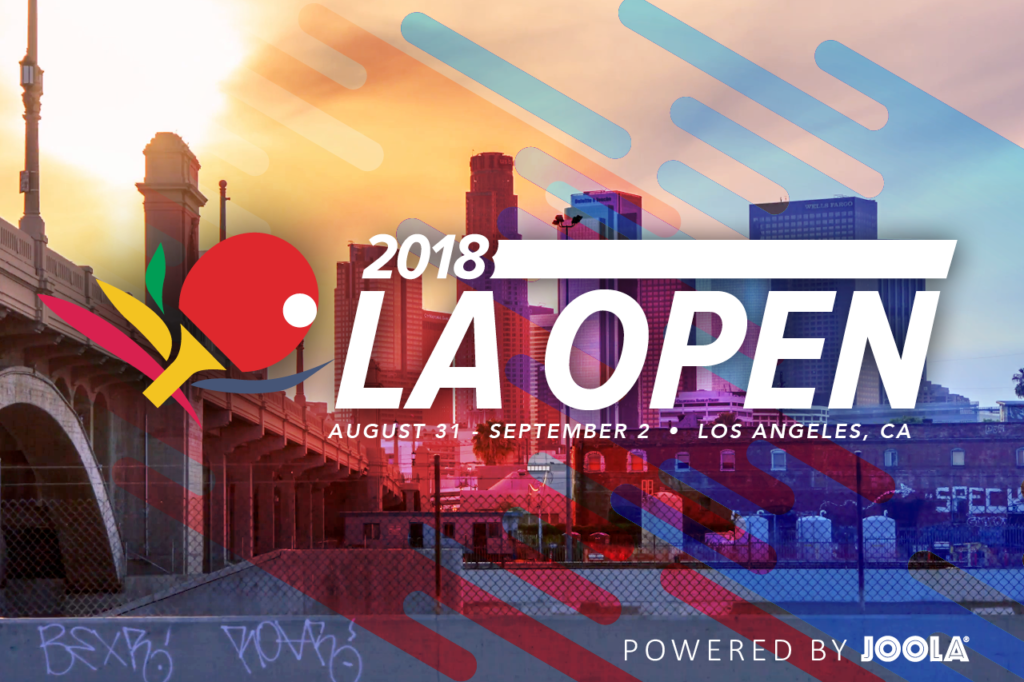 JOOLA North America is set to be the title sponsor of the 2018 LA Open. As one of the most important events in the American table tennis scene, it is considered to be the most prestigious table tennis tournament in the state of California. Since the inauguration of the LA Open in 2011, this 4 star tournament has grown in many ways. It started as a local tournament, but in the last 3 years they’ve grown tremendously with over 3000 spectators watching 300+ athletes compete in the tournament.

A total of $40,000 in prize money has been given to winners each year while the Men’s Singles Champion is rewarded with the grand prize of $10,000! As the tournament prospered over the years, the biggest names in table tennis travelled from around the world to compete in this tournament. With past winners like Ovtcharov, Chih-Yuan Chuan, Yingchao Hou, Samsonov, and Joo Sae-hyuk, the real question now is who will be able to fight past the volatile competition and be crowned the champion of LA Open 2018?  We’ll find out in the next couple weeks.