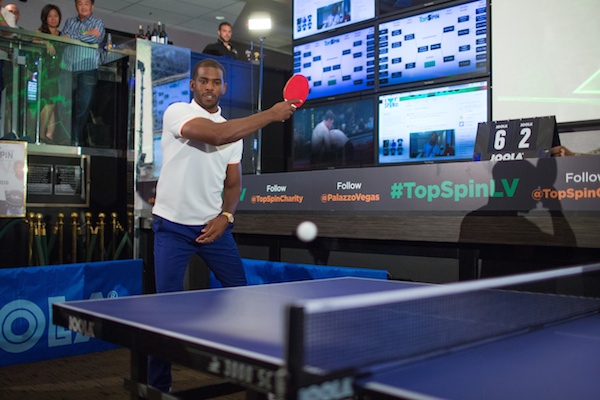 In the amateur tournament, Nam Nguyen came out on top and won $1000 and the opportunity to meet, Chris Paul. In the celebrity tournament, Chris Paul battled in the finals against Jerome Williams and was able to defend his championship title for the 2nd year in a row.

JOOLA was proud to sponsor the event and the chance to help the TopSpin Charity raise money and awareness for education. We are also thankful for the help of Wally Green and Soo Yeon Lee on showcasing their table tennis talents.
Check out our facebook gallery for more photos of the event!