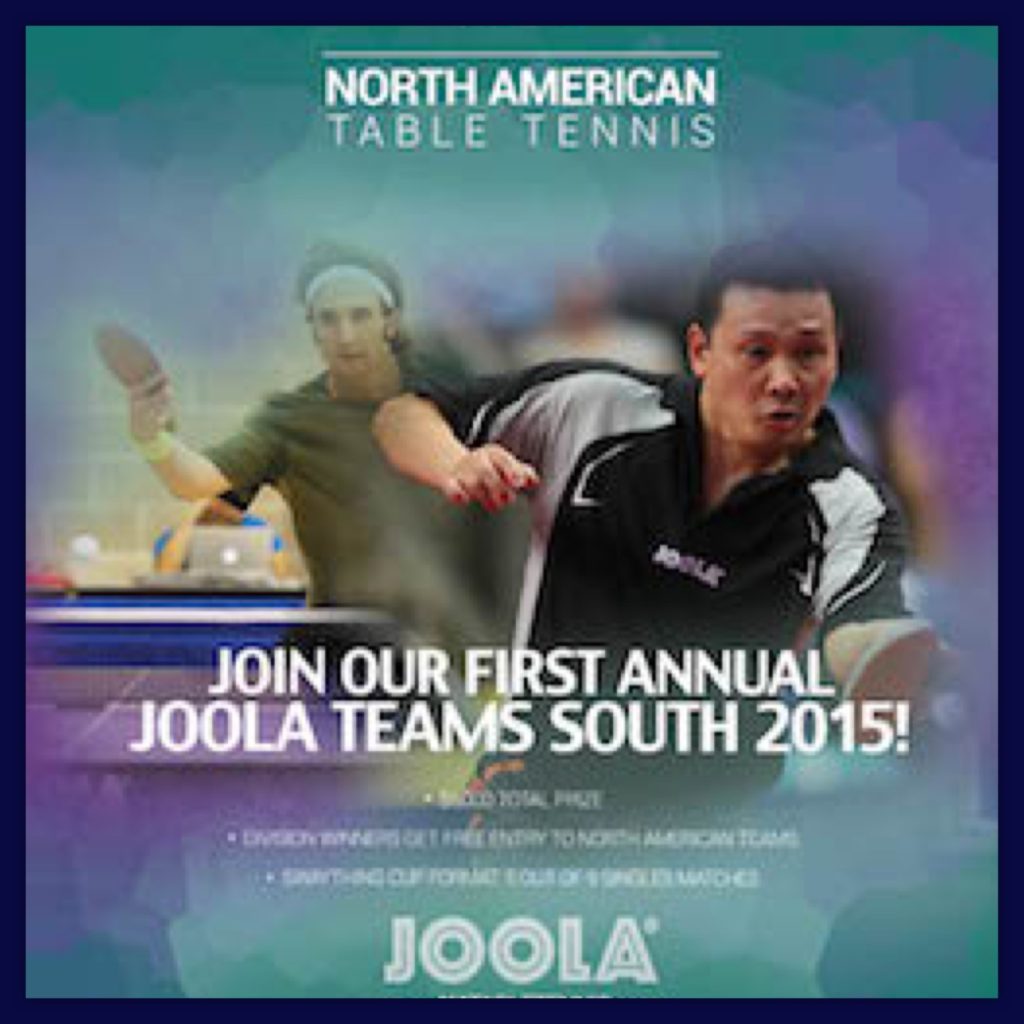 Popularity of the teams format has risen among players because it packs a high quantity of matches and high quality competitors for each player. Teams of 3, 4, or 5 players compete with 3 players participating in any given team match. Team matches are Swaythling cup format: five matches out of nine. Each of the nine potential individual matches is a singles match played best three of five. Teams are seeded based on the combined rating of the three top players on the team and placed into division 1, 2, or 3. Each division will consist of two groups of eight teams playing a round robin to determine who advances to the semifinals on Sunday afternoon. Two teams from each group will advance to compete for the division championship.

The top 4 teams in Division 1 will receive cash prizes while the champions of each division will receive free entry to the North American Teams in DC this November. With a typical entry fee of $499 per team, this year is a real steal because registration is open at the discounted rate of $299 per team! Watch out though – space is limited!