Towards the end of a match (or tournament), you may tire without recognizing it at first.  You might miss some shots because your footwork lagged, or from being late with your strokes.  Sometimes fatigue can explain an otherwise mysterious loss.  Being winded can also impair clear thinking during points.

To deal with this, first learn to recognize its signs.  One is a string of points lost for what seems like no particular reason.  Another is a couple of bad misses on challenging shots you usually make.  Simply recognizing the issue helps further, because you can notice many signs of fatigue (like tired arms or legs, or heavy breathing) if your excited state of mind doesn’t get in the way.

Once you recognize an issue with your energy level, there are helpful steps you can take on and off the table.  Sit down and rest whenever possible, even for a minute between games.  Bounce the ball between points until your breathing returns to a more normal rate.  Eat something light between matches.  As far as playing tactics, focus especially on a tight serving and return game, where many points are won or lost quickly.  Deemphasize shots that have a fine margin for error, because you are more likely to miss those attempts when tired.  Consider using your best attacking game in spurts, where you push hard for a couple of points and then rest for a few more.  And don’t forget that your opponent may also be fatigued, so be sure to keep her moving around the court.

Recognize also the mental dimension of all this.  If you are committed to victory and willing to fight with all you’ve got (however much that is), you may still pull out a tough match.  If you give in to feeling upset or frustrated at the situation, chances are your chance to rest will come sooner than you may really want. 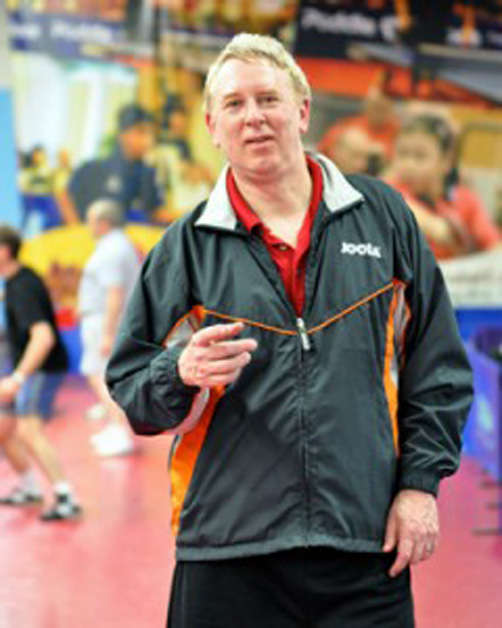 Carl Danner is a rare gem you find in table tennis. As a former nationally ranked and rated player, he offers a lot of insight into the game, especially when it comes to understanding the physical mechanics, movements, and techniques involved in becoming a better player. Director and Secretary US Table Tennis Association Foundation from 2004-2008 and current USATT High Performance Committee Chair, Danner is passionate, qualified, and committed to growing the sport of table tennis.