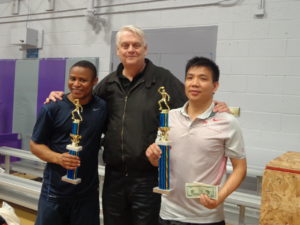 Matches started promptly at 10am and finished at 6pm.  Each participant played a minimum of eight matches with a total of 185 matches being played.  All the players enjoyed the free pizza lunch that was provided along with free sodas and water throughout the day. There was a lot of exciting play to watch.

The Sky High Tournaments feature the very popular “Giant” Round Robin Format.  This format allows players to play against other players of all levels during the morning round robin.  Each player is then placed into a Division for the afternoon round robin based on their results in the morning.

The finals of the A Division featured two of Sky High’s own, Phong Pham #1 seed and Basil Ibegbu seeded #3.  This match was played at a very high level with Phong’s strong topspins barely edging out Basil’s athletic returns.   Here is the list of our Division Winners and Runner-ups:

Conducting a Sanctioned Tournament takes a lot of work by our dedicated Tournament Committee.  A special thank you to: Joyce McCready, Josh Harris, Kyle Angles and Diane McAfee.  We also want to give a big “Thank You” to Ron Lusk and Dennis Driggs for assisting with the physical set-up of the venue.  Richard McAfee served as the Tournament Referee. 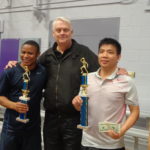 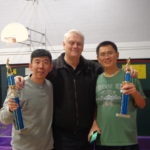 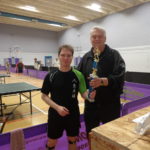 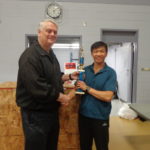 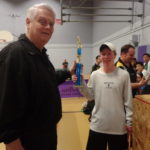 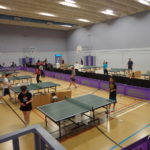 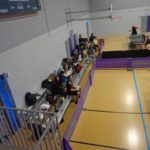