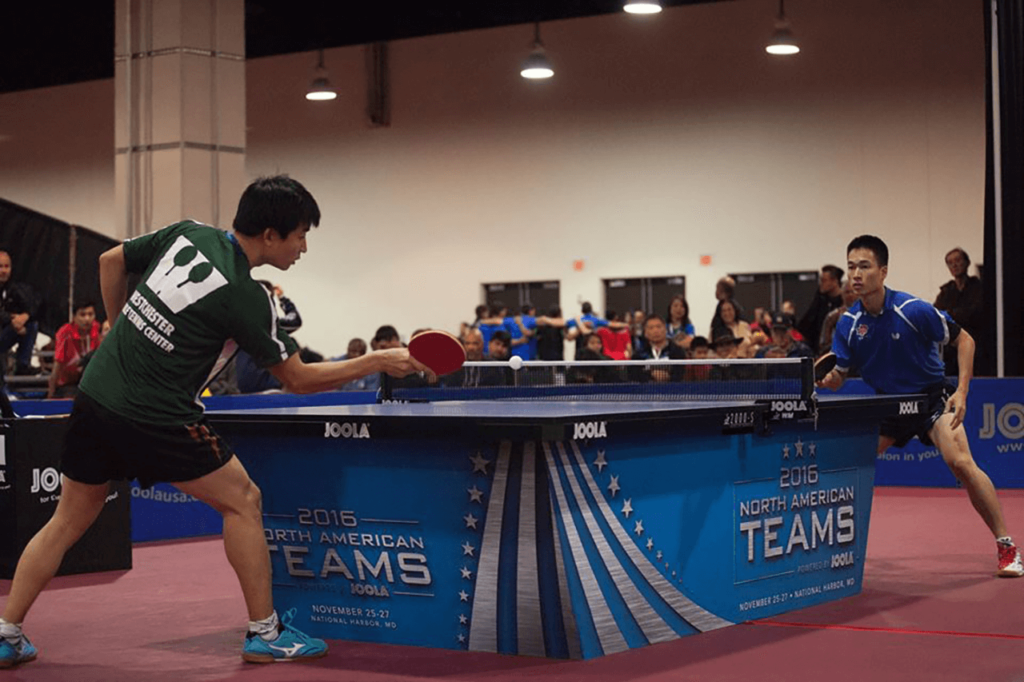 Team ICC defeated the competition at the 2016 JOOLA North American Teams Tournament. The tournament took place November 25-27 at the Gaylord National Resort in National Harbor, Maryland and included over 700 competitors.

Team ICC members include Wang Jinxin, the 2015 US Open Champion who will be back to defend his title again this year, Tao Wenzhang, the 2014 US Open Champion and 2011 NA Teams Champion, as well as Bob Chen, a 2015 NA Grand Finals finalist and former Chinese Super League player.

Team ICC proved themselves as the team to beat throughout the entire tournament, but the most notable match was the semi-final.

The suspenseful first match between Tao Wenzhang and Li Bochao went the full 5 games. Li Bochao won the first game 14-12, after many rallies with points lasting 5-10 counter loops. Tao came back in the second game to win 11-9 in another tight game filled with rallies.

Li countered and won 11-9 to go up 2-1 in games, but Tao won the important fourth game 14-12, to tie and take it to the deciding game. Using the momentum in the last game Tao quickly started to dominate the first half of the final game with some very convincing winners. Li however was able to catch up until the final score where Tao won 11-9.

In the Final, ICC was pushed to the final match winning 3-2. The first 3 matches went 5 games, and the last two went 4.

The tournament hall was filled with loud cheering from the spectators and enjoyed by viewers watching the live stream broadcast remotely.

Join in on the excitement next year at the 2017 JOOLA North American Teams! Sign up now to save $250 on the team entry fee.